My Name is Becky Raney, and welcome to my essential oils page, truly a gift from the earth. I found Essential Oils, when I was feeling completely defeated with food allergies and seeing my life slowly be disintegrate. My husband, Larry and I, for the last 27 years, created and continue to operate Print & Copy Factory. Even though the business is wonderful, we have found God’s blessing with the oils and would love to share the healing powers with everyone, as they have touched us. May you find the open heart to try the oils, and experience the healing powers for yourself and your family.

Please feel free to contact us, and/or attend one of our classes! Contact me for the next class.

Why I do doTERRA

Becky Raney, owner of print & copy factory, just celebrated 27 years in business, And has a passion for marketing and graphic design. So, why is she so involved with doTERRA essential oils? and she wanted to explain to her WHY, and hopes to not confuse anyone with her love and passion for her printshop.

It was Oct 2008, dark and gloomy fall, and bomb, just like that the economy crashed…  OMG, so who was affected by the big crash?? Yes, the struggles where everywhere – how did it affect you?

We felt it with our business, and we just finished building a beautiful new home. I was really scared and worried!  Things got stressful, which severely affected my health. I was not sleeping, my hormones were way out of balance. I was irritable and struggling with depression…. I gained a lot of weight, which also is depressing!  My stomach was in constant pain and well… I was pretty messed up!!

Over the many years of doctoring and receiving no help whatsoever, I finally went to a naturopath. She ordered a blood test to see if I had food allergies. My thinking was, I don’t have food allergies!!!! I am from Maple Falls and I am not one of those people!  And when that report came back – to my shock, was off the charts allergic to Eggs, Dairy, Corn, Soy, Rice, Peas/lagoons, Barley, and intolerant to Sugar, Red meat and anything else found in processed foods.  It turns out the list of my allergies was longer than the list of foods I could eat, and the realization of living like this was daunting.

My gut was always an issue for me, but doctors over the years, they never came up with what was wrong. They even tried to send me to a psychologist, thinking it was in my head. The natural path also tried to help me, I went through many of her protocols and would have some relief, but after a week or so, I worse than before.  The amount of money we were spending on trying to get better was frustrating, because I was not getting better. 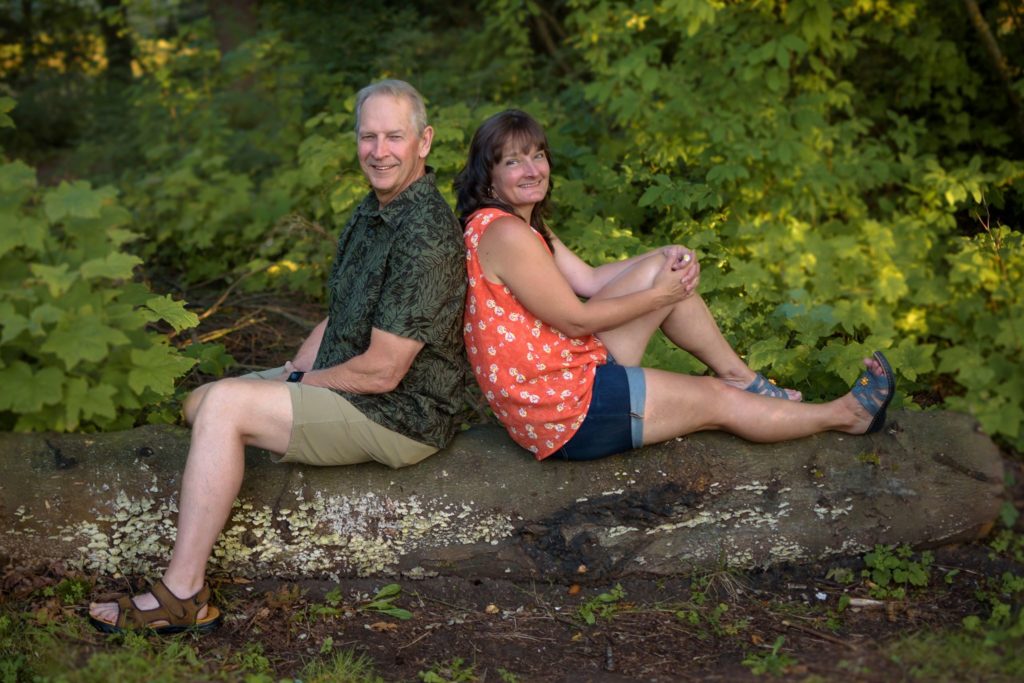 I kept praying that something would work for me,

and one day, a friend of mine that I had not seen in a while, came into our shop. She asked me how I was doing and I spewed my whole story about my stomach problems. And she asked me if I wanted to try an essential oil that she thought would help. She reached into her purse and gave me a little brown bottle of an essential oil blend, called  “Digestzen”.

And OMG, just by Rubbing a drop on my stomach, I experienced support in seconds. The bloating deflated and I could breathe an “ahhhhhhh” of relief. And it was like crazy, amazing. So I continued using the oils and about a month later, I realized I could not stop smiling and talking with friends how much I better I was feeling, I was sleeping again, feeling more energetic, and did I say smiling again? and people wanted to know about it!

So I hosted a class to share the oils and when I got my first check, it was like, hold on, wait a minute.  You can make money at this? HOLY COW, I was not even trying to make money it was just sharing with people the benefit of these crazy oils! I did not think about the opportunity to make money, and who doesn’t like earning a little extra money! And gosh, this could pay for my oils and more!  This is a no brainer.

With the economy taking a long time to recover, it was a “God send” to earn some extra money! And I was having fun doing it! Sharing the oils and making a difference in people’s lives who suffered like me, the purity and potency these oils are amazing and truly helping people. The more I learned, The more excited and fascinated I got! There are so many things you can do with the oils, cook with them, clean, make natural perfumes, make soaps, lotions, I was learning so much!

And then my mom got involved, and it was amazing to be sharing and learning together with my mom. The next thing I knew is that I have become a trusted resource for natural remedies. And now I have a team of over 480 people.

I never thought I would do Network Marketing Business, it has and I believed myself, it had so much Negative baggage. I didn not even want to be connected to one.   After all, I run a real brick and mortar business, that has earned a positive reputation, and provided us a good living. We have won awards, and I am proud of what I do.

How could I have gotten so involved with a MLM?

doTERRA, meaning “Gift of the Earth” is a Six Billion Dollar company,  whether I decide to do the business or not, There’s no stopping this growth. To put it in some perspective, DoTERRA grew in sales faster than Apple in a shorter amount of time. All over the USA and the world, people are struggling with health issues and are looking for alternatives to big pharma, with natural healthcare solutions doTERRA that IS MAKING A difference.  doTERRA’s goals are to be an interruption to health care as we know it and are doing so by opening up-self insured healthcare clinics all over USA. With modern medicine combined with other modalities such as chiropractic, the health care synergy is to heal our nation. I am part of a revolution. This is a big deal. Do you want to join me?

Yes, there are a lot of different ways to make money in this world, you can work for someone else, or you can work for yourself. You can be constrained to someone else’s schedules and demands or you can make your time and your own financial freedom.  Eventually, Everyone will have essential oils in their homes. doTERRA is the #1 Essential Oil Company in the World, and the #1 MLM company in the USA and growing fast, with almost 8 million customers in just 10 years. Our retention rate is over 70%, and residual income creates your future.

What if  I can show you how you can earn a possible a substantual income, while helping your friends and family?

doTERRA is opening up all over the world and is making a difference…it is up to you. Are you willing to make a difference?

Who are you showing up for in the world, who in your life maybe struggling?

The time is now, don’t let any more time go by wasting – waiting and wondering what difference you can make.

I invite you to join me in this journey.